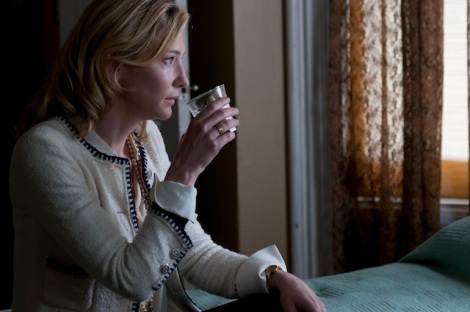 If there is anything that has remained consistent in the films of Woody Allen, it has been the juicy complexity of his female characters, from Tina Vitale and Linda Ash to Melinda and Melinda. No wonder half of Hollywood annually lines up every time Allen finishes his latest script. Now with Oscar buzz already swirling around Cate Blanchett’s go-for-broke portrayal of the titular anti-heroine in Allen’s latest seriocomic effort, “Blue Jasmine,” Indie Outlook ranks the top ten female performances ever directed by the tirelessly prolific auteur. Needless to say, narrowing it down to ten was no easy feat.

Though Penélope Cruz’s scene-stealing turn as a gun-wielding ex-wife garnered the most praise (not to mention an Oscar statuette), it was the subtler work of Hall that has continued to resonate. As a straight-laced American seduced away from her boorish fiancé by a suave ladykiller in Barcelona, Hall emerged as the picture’s fractured heart. Watching her glide hesitantly and then willingly into a romantic delusion before abruptly awakening from it was achingly bittersweet to behold.

Since Huston has so often excelled at embodying icily calculating, supremely confident women, it’s a shock to see her portray the dangerously unstable, eternally needy mistress of Martin Landau’s ophthalmologist in this Allen masterpiece. The desperation and vulnerability reverberating beneath her fiery altercations with Landau end up haunting the film long after her untimely exit.

Without uttering a single word, Morton earned a well-deserved Oscar nomination for her unforgettably beguiling work in Allen’s criminally overlooked faux biopic of a fictional ’30s-era jazz guitarist (brilliantly played by Sean Penn). The depth of feeling Morton conveys in her lingering glances as she falls under the spell of Penn’s tenderly entrancing music is acting of the highest caliber. Chaplin’s Little Tramp would’ve applauded it.

Though many have criticized Allen’s chamber dramas for being hollow imitations of Ingmar Bergman’s aesthetic devoid of emotion, you’ll be hard pressed to find a film more steeped in raw feeling than this immaculately acted marvel. Page is absolutely shattering as an interior designer whose sharply critical nature has driven away her husband, alienated her three daughters and caused her to spiral toward a disastrous breakdown. One of the most tragic characters Allen has ever conceived.

Casting the wrong actress in the role of Tracy, Allen’s 17-year-old girlfriend, surely would’ve torpedoed the director’s universally beloved valentine to the Big Apple. Luckily, Allen hit the jackpot with Hemingway, an actress whose poise and maturity caused her to simultaneously appear youthfully radiant and wise beyond her years. The scene when Allen reasonably attempts to cut ties with her is a timeless heartbreaker, chiefly because of Hemingway’s crestfallen expressions.

The operatic heights she reached under the direction of her husband, John Cassavetes, resulted in some of the greatest performances ever committed to film. In Allen’s small-scale, immensely provocative drama, Rowlands plays a woman no less under the influence, though the façade of contentment she wields like armor has rendered her emotions nonexistent, until a troubled voice erupts from her air vent (or is it her soul?), unlocking the doubts she had tried so hard to repress.

Out of all the splendid performances Farrow turned in for Allen, none were as enchanting or heartrending as her portrayal of a Depression-era waitress seeking an escape from her dismal life at the multiplex in this marvelous romantic fantasy. The mixture of awe, yearning and wounded hope that materializes on her face as she basks in the flickering glow of her cinematic sanctuary speaks volumes about the complex and profound role movies can play in one’s own life.

Ironic that the role that has arguably earned this Aussie actress her biggest fan base is also the same one she can’t bear to watch, citing it as “over-the-top.” That may be true, but in all honesty, how else is one expected to play a monstrously anxious divorcée fuming with jealousy over her ex-husband’s latest fling? The galvanizing intensity that Davis fearlessly utilized is precisely what the character called for, never more so than during her brutally funny over-the-phone tirade.

2. Dianne Wiest, “Hannah and Her Sisters”

Is there any actress in the history of cinema who has inspired more empathy than Dianne Wiest? She can play hard-edged narcissists as good as anyone (who can forget her uproariously funny turn as Helen “Don’t Speak!” Sinclair in Allen’s “Bullets Over Broadway”?), but it’s her gloriously nuanced, deeply moving work as an insecure would-be writer that forever steals my heart. Her botched date with Allen (“It was like the Nuremberg trials”) is also a comedy classic.

“What’s the big deal?” Keaton once told Oprah in regards to her immortal, Oscar-winning performance in the sublime romantic comedy that surely ranks as Allen’s greatest achievement. Perhaps Keaton was reacting to the fact that she hardly appears to be acting in any given frame of this picture, and it’s precisely the effortlessness of her impeccably pitched neurotic symphony that makes it so staggering. To watch Keaton in this magical scene is to fall in lurve, loave and luff (two f’s!) all over again…

Editor’s Note: I caught the first screening of “Blue Jasmine” on opening day in Chicago, and was pleasantly surprised to see such a large turnout. Perhaps I’m not the only moviegoer desperate to break out of the numbing coma induced by this summer’s tiresome mega-blockbusters. No CGI spectacle can rival the awesome power of great acting observed by a piercing lens, and that’s precisely what Cate Blanchett delivers in Woody Allen’s latest wounding meditation on the price paid by those who opt for fantasy over reality.

Delusional and dead broke, Jasmine flees to the modest home of her sister (Sally Hawkins), while escaping into memories of her privileged past as the wife of a Bernie Madoff-esque deadbeat. Echoes of Blanchett’s acclaimed stage portrayal of Blanche DuBois are apparent throughout, but this is not a repeat performance. At once caustically funny, distressingly sad and frighteningly unhinged, Blanchett’s work is flat-out extraordinary, rivaling everything she’s previously done onscreen. If I had to rank her on this list, I would place her just above (or perhaps tie her with) Judy Davis in “Husbands and Wives,” another unforgettable opus of monstrously neurotic grandeur.

6. Michael Caine, “Hannah and Her Sisters”

10. Gene Wilder, “Everything You Always Wanted to Know About Sex * But Were Afraid to Ask”