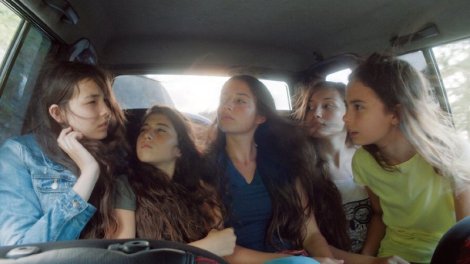 Jury duty is a term that has aggravated random citizens and demolished carefully coordinated schedules for generations. Yet in the case of my experience on the New Directors jury at this year’s Chicago International Film Festival, getting this assignment was akin to winning the lottery. In a span of six days, I saw 14 films, ate 14 meals (free of charge) at some of the Windy City’s finest restaurants and engaged in impassioned discussions with my esteemed fellow jurors, Claudia Landsberger and Diego Lerer. On Friday night, I presented the Roger Ebert Award to the Iranian film “Nahid” at the festival’s award ceremony. Some of my favorite filmmakers—Stephen Cone, Michael Moore and Rebecca Parrish—also accepted well-deserved prizes that night. Throughout the week, I had memorable encounters with Charlie Kaufman, Sarah Silverman, Andrew Davis, Valerie Weiss (director of the superb “A Light Beneath Their Feet”), Agnès Varda, Steve McQueen and, most surprising of all, renowned Hitchcock historian John Russell Taylor, who shared stories about his time with the legendary director over an Italian dinner that I truly wished would never end.

I cannot thank programming director Mimi Plauché and Chaz Ebert enough for this opportunity. I must also pay an extra-special thanks to our lovely jury coordinator, Malia Haines-Stewart, for her generosity, friendship and essential film recommendations (she has a cine-club theater, Filmfront, that I can’t wait to visit). As a final wrap-up piece for the festival, which concluded yesterday, here are eight films I saw this year that are well worth remembering. 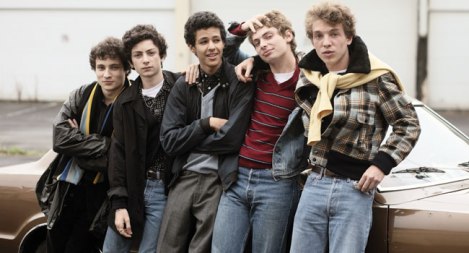 Prior to my locked-in schedule of jury screenings, I took in a triple bill of enticing titles recommended by ace programmer Camille Lugan. The first was Arnaud Desplechin’s coming-of-age romance that serves as a prequel to his 1996 picture, “My Sex Life…or How I Got Into an Argument.” Mathieu Amalric reprises his role as Paul, appearing in scenes that bookend various chapters from his character’s formative years, the longest of which centers on his relationship with Esther (Lou Roy-Lecollinet), a radiant young woman who would prove to haunt him throughout his adulthood. Desplechin again proves to be a master of novelistic pacing, compressing an entire miniseries’ worth of material into a crisp two-hour running time, though the film ultimately struck me as more meandering than his 2008 gem, “A Christmas Tale.” Still, there’s plenty to savor here, particularly the chemistry between Roy-Lecollinet and Quentin Dolmaire (as the teenage Paul). When Paul’s father finds the pair together in bed, he blurts out an apology before promptly exiting (in America, he would’ve had a tirade. Vive la France!).

Competitions coordinator Sam Flancher was especially excited about this entry in the festival, and it’s easy to see why. It bears no resemblance to any indie in recent memory, with its sublimely muddy visual approach (resembling a ‘90s-era home movie) and unapologetically profane characters. There’s a freedom from restraint here that provokes a sort of nervous laughter in the audience, as director Nathan Silver digs deep into the neuroses of a community on the brink of collapse. Its inhabitants have come together with the shared goal of achieving sobriety, yet their personalities are so volatile, it’s only a matter of time before their controlled Heaven veers into all-out Hell. This is a fine showcase for many familiar faces from the NYC film scene: Keith Poulson (of “Bad at Dancing”) and Tallie Medel warrant special mention, as does Medel’s Cocoon Central Dance Team members, Sunita Mani and “See You Next Tuesday” star Eleanore Pienta, who briefly appears in a superbly executed sequence fraught with disorienting imagery. “Serenity,” a terrific animated short from the film’s co-writer/producer, Jack Dunphy, preceded the feature.

When asked for his comedic influences during the post-film Q&A, director Rick Alverson cited Michael Haneke, Bruno Dumont and “Faces of Death” (the last of which was likely inspired by Alverson’s viewing of “Serenity” earlier that evening). His answer makes sense, considering that “Entertainment” is as entertaining—in the conventional sense—as his previous feature, “The Comedy,” was comedic. Yet as a stark look into the decaying soul of a stand-up comic who has lost all sense of purpose, it is utterly galvanizing. Looking like he just cracked an egg on his scalp before running a comb through his hair, Gregg Turkington’s Neil Hamburger character is an arresting piece of performance art. He delivers shockingly callous jokes to often funereal crowds, though at the screening I attended, he received big laughs (from myself included). Offstage, he wanders through a blistering desert terrain lensed by “Heli” cinematographer Lorenzo Hagerman, while accompanied by Robert Donne’s extraordinary atonal score, accentuating his alienation with every aching step. John C. Reilly elevates awkward flailing to the level of an art form, and Amy Seimetz shows up just long enough to burn a hole through the screen.

For the first twenty minutes or so of Rúnar Rúnarsson’s entrancing drama, life appears to be occurring in slow motion. 16-year-old Ali (Atli Oskar Fjalarsson) has reluctantly moved in with his father. The remote Icelandic village of his childhood carries an inherent nostalgia, yet reverberating beneath its sleepy surface is a sexual frustration of monstrous proportions. With his boyish face and slender physicality, Ali resembles a young boy whose body is aging faster than he would prefer. The angelic tones of his choral solos contrast sharply with the expletives he bitterly spews at his mom over the phone. Like many coming-of-age films, “Sparrows” concerns a loss of virginity, yet it doesn’t at all occur in the way one would hope. Rúnarsson is more concerned with depicting the violation of innocence, and the film’s climax (taken from the director’s own short, “2 Birds,” also featuring Fjalarsson) is brutally disturbing. What makes the film remarkable are its moments of tenderness flickering through the misery (Kristbjörg Kjeld is magnificent as Ali’s grandmother), as well as Rúnarsson’s uncommonly complex portrayal of sexuality. When two boys sneak glimpses at each other’s private parts in the shower, the director refuses to label their orientation one way or the other. They’re simply doing what other kids their age do out of curiosity.

While “Sparrows” took home the Silver Hugo in the New Directors competition (Rúnarsson submitted an amusing taped acceptance speech), Pengfei Song’s “Underground Fragrance” was unanimously chosen for the top prize. With the aid of a translator, Song accepted the award in person and ended his speech by quoting “The Terminator”: “I’ll be back.” Afterward, I told him how the film reminded me of Chaplin’s “City Lights,” and the director admitted that he cries every time he sees that classic picture. Like “City Lights,” “Underground Fragrance” revolves around the love that blossoms between two outsiders, one of whom has lost the sense of sight. The societal upheaval triggered by China’s current evolution is effectively conveyed through the film’s art direction, caked with the debris of the past. A sequence where the blind man must navigate through a cramped labyrinth of subterranean hallways harkens back to slapstick of the silent era, though Song doesn’t play it for laughs. Despite the film’s melancholic tone, it still managed to produce to one of the funniest moments of the festival, when an aggravated man resorts to desperate measures to silence a pesky bird (Song raised a number of eyebrows when he insisted that this gag was based on real life).

Interesting how “The Virgin Suicides,” “The Diary of a Teenage Girl” and “Mustang” were all helmed by female directors with a background in acting, as well as an innate understanding of how female sexuality continues to be stigmatized. All three films share similar elements, yet what distinguishes Deniz Gamze Ergüven’s “Mustang,” apart from its gorgeous camerawork (kudos to DPs David Chizallet and Ersin Gok) and spectacular young ensemble (led by spunky Günes Sensoy) is the near-excruciating level of its suspense. Perhaps it’s no coincidence that the opening titles mirror Saul Bass’s infamous designs for “Psycho,” a film that shares Ergüven’s preoccupation with the violent repercussions of sexual shame. After literally plucking some forbidden apples off a neighbor’s tree, five sisters in northern Turkey are held hostage in their house by a domineering father and grandmother intent on marrying them off, while keeping their hormones in check. The deep-seated male insecurity fueling these dehumanizing traditions is illustrated with a scathingly sardonic eye, especially when a newly married girl is rushed to the hospital after her virginal blood fails to materialize on her wedding bed. How the sisters go about revolting against their suffocating prison is ingenious, crowd-pleasing and—in the last half-hour—exhilarating.

Justin Kelly’s “I Am Michael.” Courtesy of CIFF.

If only Michael Glatze, the titular antihero of Justin Kelly’s absorbing feature debut, had attended a screening of Stephen Cone’s prize-winning CIFF selection, “Henry Gamble’s Birthday Party,” he would’ve realized that one can, in fact, be gay and religious simultaneously. Sadly, Michael (James Franco) is one of those tragic souls scared into submission by the fire and brimstone rhetoric of conservative Christianity. “Whoever finds their life will lose it, and whoever loses their life for my sake will find it,” is the Bible quote that he takes to heart, transforming him from a vocally gay activist to a “reformed” heterosexual steering other gay men away from their “sinful” urges. Michael is a frustrating and repellant character, but he’s also an important one, and Kelly deserves major props for avoiding the broad strokes and outdated stereotypes that marred this year’s disappointing gay rights drama, “Freeheld.” Franco plays Michael as a deeply confused man whose panic attacks have caused him to mistakenly believe that his days are numbered. As his lovers horrified by the self-denial that has rendered him a stranger, Zachary Quinto and Charlie Carver are very touching and provide a grounded perspective to the story. It felt especially fitting that I saw this film on a double-bill with “Trumbo,” a biopic set against the Hollywood blacklist, where fear and repression caused people to go against their true nature in order to secure their place within the manufactured utopia of Tinseltown. 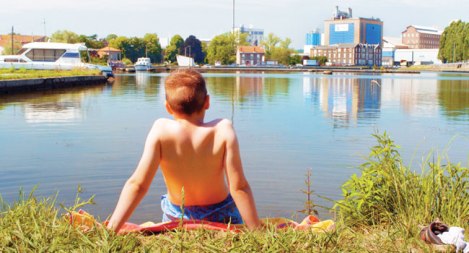 At last year’s festival, the Gold Hugo went to Mohsen Makhmalbaf’s immensely powerful, criminally unreleased (in the U.S.) “The President,” which featured one of the best child performances I’ve ever seen, courtesy of Dachi Orvelashvili, who I dubbed a “pint-sized wonder.” This year, the top prize of the main competition was awarded to Philippe Claudel’s gripping domestic drama, “A Childhood,” along with Best Actor accolades for its two remarkable young talents, Alexi Mathieu and Jules Gauzelin. They play an amusing sibling duo not unlike Wally and Beaver Cleaver, and there are times in which the film does suggest what a “Leave It To Beaver” episode would look like if it had been directed by the Dardenne Brothers. Mathieu is the true star of this picture, and there isn’t a frame in which his performance registers as anything other than wholly authentic. When an adult reminds him that he’s about to enter the sixth grade, which means he’ll be entering the dawn of manhood, Mathieu’s eyes convey the weariness of a man who has been forced to carry the burden of maturity for many years, robbing him of his youth. His mother (Angelica Sarre, wrenchingly good) is still a child, tragically incapable of making the right decisions, the first of which should be to dump her abusive boyfriend (Pierre Deladonchamps of “Stranger by the Lake”). There’s an especially bittersweet scene where Mathieu attends the birthday party of a cute girl from school, and is offered a glimpse at what a healthy, happy childhood actually feels like. Though he insists that he has no dreams of his own, I imagine that his greatest desire will be to avoid making the same mistakes as his parents. If he’s made it this far and has still survived, he can conquer the world.