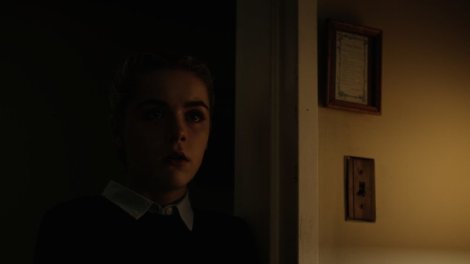 The fourth installment of the Chicago Critics Film Festival wrapped yesterday at the Music Box Theatre, and I couldn’t be prouder of my colleagues who made this passion project a reality. Each selection was discovered on the festival circuit, and many of them still have yet to secure a release date. As a member of the CFCA, I was determined to take advantage of my all-access pass as much as possible this year, and greatly enjoyed the opportunity to hang with filmmakers and fellow critics. Though I usually sit close to the screen at the Music Box, I sat towards the back for several of the films, and was able to fully appreciate the sky of twinkling stars embedded in the ceiling. No filmmaker could hope for a more gorgeous venue in which to have their movie projected. Every time I look at the red curtain that rises and falls between each screening, I recall my memory of David Lynch standing in front of it while introducing the Chicago premiere of “Inland Empire” a decade ago. There’s no question that man and that curtain were made for each other.

Amidst all of the titles I got the chance to view at CCFF 2016, here are the ones I highly recommend seeking out over the coming months.

It’s easy to see why Chad Hartigan’s endearing coming-of-age film took home two major prizes upon its debut at Sundance. The first was for “The Office”’s Craig Robinson, whose performance as a widowed father living abroad in Germany is his most vividly realized and compelling work to date. He’s as hilarious as ever, though there are glimmers of his dramatic potential in scenes where he’s straining to connect with his 13-year-old son, Morris (remarkable newcomer Markees Christmas). There’s a wonderful scene in a car that could’ve easily devolved into sentimental melodrama. Robinson is driving his son home, and knows that the boy is due for some parental discipline, yet instead of berating him, he delivers a tender monologue as Sean McElwee’s camera circles him in a quietly captivating shot. Christmas’ response punctuates the scene with a big laugh that received applause at CCFF. It’s one of the warmest father/son moments in recent memory, and I suspect it played a big role in earning Hartigan the Waldo Salt Screenwriting Award. Opens August 19th. 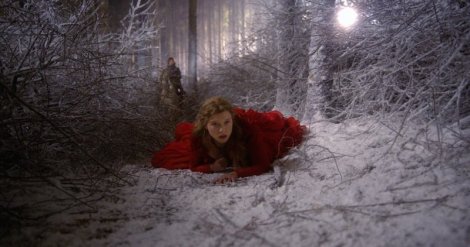 Beauty and the Beast

With Disney’s live-action remake of their 1991 animated classic set for release next year, I encourage fans of the fairy tale to check out this French adaptation from Christophe Gans, director of the 2001 cult favorite, “Brotherhood of the Wolf.” Though this PG-13-rated fantasy will be too grim for little kids, their older siblings are guaranteed to find Gans’ visual approach fascinating. There are countless sequences that made me lean forward in my seat, as Thierry Flamand’s production design melded seamlessly with landscapes produced by a solid effects team. Some of the CGI creatures are underwhelming, and one wishes the Beast’s face could’ve been achieved with prosthetics, especially considering the wolfish features of actor Vincent Cassel. More crucially, the film’s portrayal of blossoming romance doesn’t hold a candle to the Disney cartoon. Yet there is still plenty to admire here, such as Léa Seydoux’s lovely embodiment of Belle and the dreamlike grandeur of numerous set pieces, including a chase across a frozen lake and a breathtaking ride to the castle. Opens in September.

In a Valley of Violence

In order for a vengeance-fueled western to work its spell, the audience must be invested in the protagonist’s thirst for justice. And boy does Ti West earn the investment of his audience by carting out the cutest canine in recent memory (played by YouTube sensation Jumpy) and then having it get brutally killed before the eyes of its loving owner (Ethan Hawke). If you can stomach that hideous scene, you are in for a wildly entertaining ride. Like S. Craig Zahler’s great “Bone Tomahawk,” West subverts genre tropes while playing with our expectations, never quite giving us the payoffs we expect. His tonal brew is an uneven one, to be sure, and there are times the film nearly derails into pure silliness. Yet this is far and away the best work of West’s career, boasting a rich assortment of characters who are far more vulnerable and quirky than their archetypes would suggest. Whereas Jumpy walks off with the film’s first half, the latter half belongs to John Travolta as the town marshal desperate to prevent chaos from erupting in his streets. He’s great fun, and so is the movie. Opens September 16th.

Life as it is currently being lived on Earth is unsustainable, and many people my age have begun to wonder why new life should be brought into a world with such a dire future. Patricia Rozema’s timely drama deals directly with these very real concerns, and suggests that society may have to be broken down completely in order for it to be rebuilt. After their lives are inexplicably robbed of technology, two sisters (Ellen Page and Evan Rachel Wood) must rely on their primal instincts to survive. Based on Jean Hegland’s novel, Rozema’s script runs the risk of exhausting viewers with its unceasing series of unfortunate events (call it “one-damn-thing-after-another” fatigue). But Page and Wood have never been better, and their performances keep the film grounded in an emotional reality that makes each plot twist all the more wrenching. Fittingly enough, Rozema’s last writing credit was for 2009’s HBO production of “Grey Gardens,” another film about two women related by blood who live in what could easily be defined as post-apocalyptic conditions. Opens July 22nd.

Writer/director Joey Klein’s assured feature debut forms an unofficial trilogy with two other superb films released this year that dealt with bipolar disorder and how it tests the bonds between afflicted people and their loved ones. Paul Dalio’s “Touched With Fire” centered on a bipolar couple in love, while Valerie Weiss’ “A Light Beneath Their Feet” (which earned my first four-star review at RogerEbert.com) focused on a teenage girl’s complex relationship with her bipolar mother. “The Other Half” is primarily about Nickie (Tom Cullen), a man grieving the loss of his younger brother. His ever-present rage starts to simmer in the presence of Emily (“Orphan Black” star Tatiana Maslany), a beguiling woman prone to acts of playful spontaneity. It’s only once they become intimate that Nickie discovers her struggles with bipolar disorder, thus causing him to wonder whether she’s healthy enough for a relationship. A key element of tension in all three films is the need for medication and the unrelenting impulse to avoid its numbing side effects at all costs. When Emily tearfully observes that Nickie has become “her heart,” I felt like crumbling into a puddle of tears myself. This is great filmmaking all around, with Klein crafting poetry seemingly out of thin air.

As I hinted in the intro, the Music Box Theatre can look an awful lot like Club Silencio in “Mulholland Dr.”, especially at night. It was about ten to 9 on a Tuesday evening when I decided to travel on foot to the Music Box in order to catch a screening of “The Blackcoat’s Daughter,” the first film directed by Osgood Perkins, son of Anthony (a.k.a Norman Bates). The 93 minutes that followed were as close to a real-life Club Silencio experience as any I’ve had. If you’ve ever been plagued with nightmares inspired by traumatic viewings of “Psycho,” “The Exorcist” or “The Shining,” then you are the ideal audience for this picture. It is a movie lover’s dream, from Julie Kirkwood’s bone-chilling imagery to spectacularly unnerving sound design that would make David Lynch proud. I will refuse to mention a single plot detail, since going in cold is the best possible way to approach it. The story is told in disconnected fragments that may baffle at first, yet Perkins holds our attention in his vice grip until all the strands are woven together in startling fashion. It’s difficult to recall the last performance that frightened me more deeply than the one delivered here by Kiernan Shipka, best known as Sally Draper on “Mad Men.” It’s one of the most astonishing pieces of acting you’ll see all year. Opens July 15th.

Okay, I can’t resist. One more…

As any longtime reader of my work can obviously tell, I am a sucker for coming-of-age films that respect their characters and refuse to treat their journey of self-discovery in a flippant or contrived manner. Kerem Sanga’s hauntingly beautiful drama chronicles a young woman’s gradual epiphany regarding her own identity. She finds herself attracted to another girl in her class, and their initial encounters are spiked with a nervous energy that is utterly intoxicating. We share in their excitement as they test each other’s boundaries during prolonged texting sessions, and Sanga nails the sense of comfort technology can provide by enabling people to instantly convey thoughts they would never dare to articulate out loud. The third corner of this love triangle is a boy who considers one of these girls his best friend, and has secretly harbored a crush on her for years. I could clearly see the paint-by-numbers soap opera this premise could’ve become, but Sanga’s film is not about romantic pay-offs. Like “The Blackcoat’s Daughter,” this movie has a fascinating structure, pivoting away from certain moments in order to return to them later (the editing choices made by Shane Hazen are sublime). As the picture’s central heroine, Dylan Gelula is so authentic that you are never once aware that she’s “acting.” If only every theater in America would screen this film instead of the latest Nicholas Sparks retread, my oh my what a wonderful world this would be.

For more info on the Chicago Critics Film Festival, visit its official site.