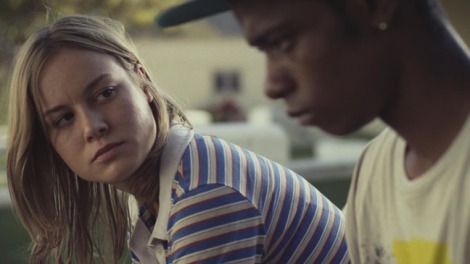 Some movies are made to come in first at the box office or win overhyped accolades. Others are made because the filmmakers had to make them, not because of a contract or an ego trip, but because the story was erupting out of their soul and demanded to be told. Such is the case with “Short Term 12,” a picture so honest and authentic that it could’ve only been inspired by life itself. It’s the second feature from director Destin Cretton, who based the film off his own experiences of working with troubled youth in a foster care facility.

Cretton understands that young people are as allergic to patronizing glances and impersonal counseling as any of their elders. They yearn to be respected and understood on a human level, so it’s little wonder that the teens in Cretton’s film open up to the facility’s supervising staff—comprised of twentysomething mentors—rather than its “trained therapists.” Living day in and day out with these kids is all the training Grace (Brie Larson) needs to peer through the volatile defense mechanisms masking each child’s vulnerable wounds. She needs these kids every bit as much as they need her. The tirelessly taxing work not only serves as a distraction for Grace from her own hidden pain but as a method to grapple with it. Yet her consuming passion occasionally causes her to become as unstable as her clients, while her protective shell risks alienating her tenderhearted boyfriend, Mason (John Gallagher Jr.), another gifted staffer at the institution.

Larson is an actress I’ve been aching to see acquire a role worthy of her long-undervalued abilities, and boy does she find it here. Freed from the broadly drawn quirks that marred her breakout turn in Diablo Cody’s provocative yet problematic series, “The United States of Tara,” Larson’s budding talent reaches full bloom under Cretton’s extraordinarily perceptive direction. There’s a beautiful moment that occurs in the aftermath of a distraught girl’s frightening tirade, as Mason slyly whispers words to Grace that allow her to acknowledge the absurdity of the whole situation. Watching the mixture of emotion—exhaustion, love, aggravation, repressed amusement—that register on Larson’s marvelously expressive face is a wonder to behold. I doubt that I’ll see a better performance this year.

Gallagher, best known for his work on HBO’s “The Newsroom,” is equally strong, as is Kaitlyn Dever (who co-starred alongside Larson in “The Spectacular Now”) and Keith Stanfield as two potentially self-destructive teens. In a devastating act of confession, Dever reads a story written by her character that takes the form of an unsettling children’s book. It tells the tale of an octopus so desperate for a friend that it’s willing to submit to the unseemly requests of a hungry shark. Rarely has a film expressed the violating agony of abuse with such poetic potency. Stanfield’s character finds a similar mode of self-expression through rap songs. Captured in a single, mesmerizing take, Stanfield’s rap about “living your life not knowing what a normal life is like” could serve as an anthem for anyone who’s ever felt abandoned by a world oblivious to their needs.

Observing Grace and her fellow caregivers tending to the needs of these damaged children while embarking on their own journey toward healing, I couldn’t help being reminded of a film I saw last year that ended up earning a prominent place on my Top Ten list. Philippe Falardeau’s Oscar-nominated French-language Canadian production, “Monsieur Lazhar,” spun a similarly affecting tale about an Algerian refugee, Bachir (Mohamed Fellag), who feels compelled to take on a teaching position in Montreal after the sudden death of a teacher. Bachir’s twinkling eyes conceal an ocean of sadness fueled by tragedies that Falardeau wisely refuses to detail in sentimental flashbacks. We get a fully developed sense not only of the man’s past but why he has chosen to help these students through their own grieving process. When Falardeau cuts from a faded photograph of Bachir’s family to a montage of his class posing for school pictures, it suggests that the man views these kids as if they are his own.

Both Cretton and Falardeau are masters of tone. Neither resorts to the sort of overwrought histrionics that try an audience’s patience rather than tug at their heartstrings. They’ve made a smart decision in confining their films largely within their central location, since this is the place where their characters must grow and evolve before they can face the world outside. Bachir and Grace are every bit as much in a transitional phase as the children they’re mentoring. Only by helping others are they able to help themselves, though perhaps a deeper truth conveyed in both films is that caregiving can’t merely be used as a substitute for dealing with one’s own problems. Though Bachir may not be able to open up to others about his past, he ends up finding an especially poignant mode of self-expression in the film’s final, quietly overwhelming moments. There are no tears more cleansing than those of catharsis, and that is precisely what these two magnificent gems of cinema elicit.