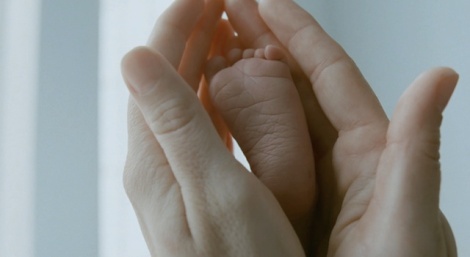 There are many gifted cinematographers in modern cinema—Roger Deakins, Janusz Kaminski, Christopher Doyle, Robert Richardson, John Toll, to name a few—yet none have caused my jaw to routinely drop to the floor in gobsmacked awe quite like Emmanuel Lubezki. There’s an immediacy to his work that somehow manages to transcend the boundaries of the cinematic mirage, enabling us to share in the intimate sensory experiences of the people inhabiting the screen. “Gravity,” a dizzying sci-fi blockbuster marking Lubezki’s seventh collaboration with director Alfonso Cuarón, is no exception. The DP’s mastery of fluid, prolonged takes promises to bring audiences closer to experiencing the weightlessness of astronauts than any film in history—especially in IMAX 3D. In anticipation of Lubezki’s groundbreaking triumph (due out in theaters on October 4th), Indie Outlook takes a look back at six of his most towering achievements, five of which earned Oscar nominations…

Fusing the sentiment of the 1939 Shirley Temple vehicle with the haunting grandeur of Agnieszka Holland’s 1993 gem, “The Secret Garden,” Cuarón’s North American debut was a charming delight bolstered by the lush atmosphere of Lubezki’s lens. Like any great children’s yarn, this one doesn’t shy away from depicting the darker layers of its source material. I’ll never forget sitting on the edge of my seat in the theater as I watched pint-sized Liesel Matthews walk between two buildings on a plank of wood in the middle of a rainstorm. Shooting from a high angle, Lubezki’s fantastical yet visceral imagery could induce vertigo…

As Ichabod Crane (Johnny Depp) first ventures into the foreboding woods of Sleepy Hollow, the surrounding landscape begins to grow pale, as if dreading the terrors to come. Trees are drained of color, crumpled leaves ripple through a howling wind and leering townsfolk poke their bloodless faces around dank corners, looking as if they had just seen a ghost. A pity that a place as marvelously realized as this was used as the setting for an uninspired script in this near-miss from Tim Burton. Yet any plot-related flaws are rendered insignificant when faced with such malevolently arresting visuals, as richly flavored as a trick or treat bag stuffed with dark chocolate. By far the best-looking film of Burton’s career.

Perhaps the naturalism of this international smash from Mexico caused the Academy to overlook the power of Lubezki’s subtly entrancing work. In exploring the dynamics of a complicated, erotically charged relationship between two boys (Gael Garcia Bernal and Diego Luna) and a seductive older woman (Meribel Verdú), Cuarón observes much of the action in wide angles, allowing the viewer to drink in as many nuances as possible. When the camera moves, it moves with purpose. Just watch the elegance with which Verdú walks to the jukebox and the camera follows, as if intoxicated with her beauty. It’s the camera that dances with her first before the guys join in…

Not every cinematographer would be able to work under the eccentric, spontaneous demands of a genius like Terrence Malick, but there’s no question that Lubezki is on the man’s wavelength. Why else would Malick have hired him for every subsequent feature, including this year’s alternately beguiling and maddening marvel, “To the Wonder”? For their first collaboration, Malick tackled historical material that was a perfect fit for his sensibilities. The director’s connection to nature mirrors that of the Native Americans led by Pocahontas (Q’orianka Kilcher), who frolics with carefree abandon in the film’s mesmerizing finale. She’s as ill-suited for a dress as Linda Manz was in “Days of Heaven.”

No effects sequence resembling a single uninterrupted take has ever left me as floored as the celebrated car ride in Cuarón’s exhilarating, brutally suspenseful apocalyptic thriller. Within roughly four minutes of screen time, a brisk drive through the forest devolves into blood-spattered hysteria, as a gang mob, police and a gun-toting motorcyclist descend upon our protagonists. To achieve this eye-popping effect, the camera was operated through the roof of the car while the choreographed action was required to hit its mark precisely, all the way down to the ball Julianne Moore playfully pops into Clive Owen’s mouth. The result is shockingly visceral and certainly served as the inspiration for Lubezki’s visionary approach to “Gravity.” It’s as close to virtual reality as movies have ever gotten, making the audience feel as if they are peering over the characters’ shoulders.

Much ink has been spilled over how Douglas Trumbull, the visual effects maestro of “2001: A Space Odyssey,” contributed to the hand-crafted majesty of perhaps the most controversial sequence in Malick’s Palme d’Or-winning masterpiece. Yet not many people have attempted –or even bothered—to comprehend it. This is often the point where many viewers throw up their hands in exasperation, but for me, this was when the picture won me over with its audacious brilliance. As a distraught mother looks to the heavens, asking God why her son’s life had to be cut short, the film suddenly flashes back to the dawn of existence, paralleling the evolution of the universe with the growth of a child, who we will later see influenced and repelled by the differing philosophies of his parents. His father embodies mankind’s dominating nature (foreshadowed in the foot-stomping dinosaur) while his mother exudes grace. In this staggering 14-minute opus, Malick and Lubezki show us how the universe itself was formed by those same warring forces—how living beings have the potential to exist in a state of harmony until a catastrophic event (whether it be the impact of an asteroid or the death of a child) causes life to start over again. It’s truly one of the most breathtaking feats of filmmaking ever achieved.