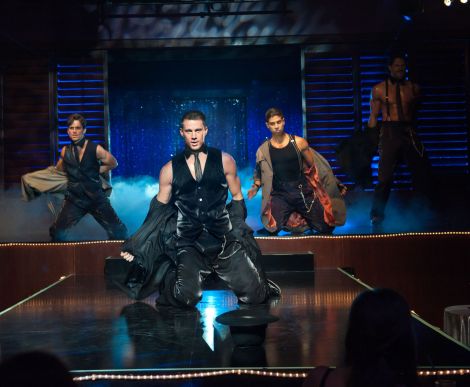 What exactly constitutes “Another Steven Soderbergh Experience?” That is the question Nick Allen of TheScorecardReview.com and I explore in this podcast as we delve into the career of a wildly prolific and versatile filmmaking giant. We mainly focus on his recent shifts between the mainstream multiplex (“Ocean’s 11,” “Contagion”) and the art house (“Bubble,” “The Girlfriend Experience”), while discussing his method of blending fiction and reality. Just as Sasha Grey is a porn star playing a call girl in “Girlfriend,” Channing Tatum is a former male stripper playing a–well, male stripper in “Magic Mike.” If you’re only familiar with Soderbergh’s Matt Damon vehicles, check out this enticingly abstract trailer for his marvelous shoestring indie, “Bubble”…

We also speculate on whether Soderbergh has reached a crossroads in his career, in light of his recent announcement of plans to take a filmmaking hiatus (reportedly inspired by his awe-struck reaction to “The Tree of Life”). Judging by the public’s elated reaction to his crowd-pleasing male stripper blockbuster, “Magic Mike,” it appears that audiences will not want Soderbergh to disappear for too long.