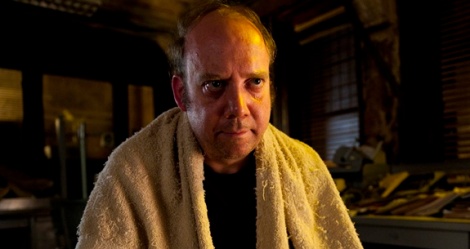 There are few character actors in the business as versatile and engaging as Paul Giamatti. Even his weakest vehicles have been bolstered by his sheer presence. Just look at the Oscar-caliber monologue he delivers during the climax of M. Night Shyamalan’s dreadful “Lady in the Water,” or his exhilarating turn that interjects a last-minute dose of life into David Cronenberg’s lifeless “Cosmopolis.” It’s not just his universally acclaimed work in “American Splendor” and “Sideways” that makes him one of America’s most beloved actors. It’s every single role on his resumé. Pat McDonald, my colleague at HollywoodChicago.com, joins me in this latest podcast for a lively discussion on the multitudinous career highlights of Mr. Giamatti.