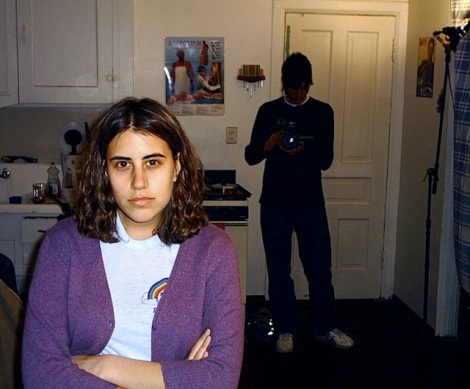 As a longtime scholar and champion of indie filmmaking, it is a great thrill and honor to announce that I, Matt Fagerholm, will be teaching a six-week class entitled “Beyond Mumblecore: The DIY Generation,” at Chicago’s Facets Multimedia, 1517 W. Fullerton Ave., this summer. Each of the films I’ve chosen to screen are guaranteed to provoke impassioned discussion amongst film buffs eager to explore and debate the most influential and provocative artists in micro-budget cinema. I’ve always been frustrated by critics who dismiss the distinctive visions of these filmmakers by utilizing terms like “mumblecore” in a feeble attempt to define a diverse and vital array of work. This class aims to break down perpetuated stereotypes by examining each of these tenacious trailblazers on their own terms.

Below, you’ll find a full schedule of the films included in this class, which takes place Monday evenings from 7 to 10pm. In my official class synopsis (available on the Facets website), I claimed that the filmmakers we’ll be studying have arguably fulfilled the following prediction Francis Ford Coppola made in the unforgettable “Apocalypse Now” documentary, “Hearts of Darkness”…

Though this timelessly unnerving horror classic has never been referred to as “mumblecore,” it provided an indispensable model for modern DIY artists by mastering the art of viral marketing and improvisational storytelling. The film’s trio of unknown actors operated their own cameras and created their own dialogue while allowing themselves to get lost in the illusion crafted by Myrick and Sánchez, who brilliantly guided the action from a distance. In my 2009 interview with Sánchez (who helmed a segment for the upcoming anthology, “V/H/S/2”), he reminisced about how he and Myrick would instruct the actors to hit their marks via GPS and await the next eerie episode. One of the scariest moments in the film resulted from Myrick and Sánchez sneaking up on the sleeping actors in the woods while carrying boom boxes blaring the remixed voices of children giggling. This elicited a reaction of pure terror from the actors that felt very, very real, and their terror still proves to be contagious.

Ironic that the filmmaker who—with this acclaimed relationship comedy—founded the “mumblecore” movement is the same person who accidentally popularized the much-maligned term. Boston filmmaker Andrew Bujalski’s interest in twentysomething drifters seeking temporary employment and unpromising romance is certainly shared by many of his peers, but his approach to portraying them is strikingly different. Bujalski’s extraordinarily observant dialogue is, for the most part, scripted, thus garnering worthy comparisons to the deceptively chaotic character portraits favored by John Cassavetes. Perhaps in an attempt to help his actors feel comfortable on-camera, Bujalski cast himself in the film’s least flattering role as a socially awkward nebbish infatuated with the film’s heroine, Marnie (Dollenmayer). Their encounters are small masterworks of wince-inducing behavioral satire tinged with heartache…

Here is the picture that deserves full credit for kickstarting my obsession with micro-budget cinema. It just happened to be directed by Joe Swanberg, a Chicago-based filmmaker who has cited a Pialat retrospective at Facets for having a “direct and visible influence” on his work (check out my interview with Joe here). His films are so uncompromising that they have confounded and angered some critics, while leaving others (such as myself) mesmerized. Inspired in part by a student film made by his wife and frequent collaborator, Kris, Joe’s debut effort is an unscripted, startlingly explicit yet non-exploitative look at twentysomething sex lives that rejects Hollywood’s favored brand of puritanical sensationalism. The impact this film had on “Girls” creator Lena Dunham, a vocal fan of Swanberg, is undeniable. Perhaps the filmmaker couldn’t have elicited such arrestingly raw work from his actors without allowing them to collaborate as co-writers and directors. He takes no credit for the dialogue of his actresses, whose words are entirely their own.

Kris Swanberg scheduled to attend! Check out my interview with her here.

I’m especially excited to be presenting Lynn Shelton’s galvanizing crowd-pleaser, since it’s the sort of howlingly funny comic gem best experienced with an audience. Winner of a Special Jury Prize at Sundance, Shelton’s film boldly subverts the romanticized bromance formula by taking it to its logical conclusion, as two heterosexual friends, Ben (Mark Duplass, an accomplished filmmaker in his own right) and Andrew (Joshua Leonard, skilled improviser of “Blair Witch Project” fame), agree—on a dare—to make a porno film together. The reaction of Ben’s wife, Anna (deftly played by Alycia Delmore), to the outrageous news is more thoughtful and complicated than one would expect. Though Shelton’s plotting is polished, the unscripted interactions of her characters are still loose and spontaneous. For an eye-opening look at the breakneck pace of micro-budget filmmaking, check out Shelton’s reminiscence of the behind-the-scenes obstacles she faced with making her subsequent feature, “Your Sister’s Sister.”

All one has to do is mention the name Lena Dunham in order to elicit extreme reactions from complete strangers. Nepotism, elitism and exhibitionism are just a smattering of the charges waged against her by envious naysayers (the last one, to be fair, is more of an observation than an opinion). To suggest that Dunham’s success has been unearned is to ignore the tremendous talent that she displayed even in the earliest days of her career. On the pristine Criterion edition of her marvelous second feature effort, “Tiny Furniture,” Paul Schrader offers his perceptive take on why Dunham’s work has been singled out from the pack: her witty, tightly scripted dialogue (conveying the singular voice of its writer), and the meticulous, artful compositions of cinematographer Jody Lee Lipes (captured on a Canon EOS 7D). In some ways, Dunham takes confessional cinema to the next level by threading nakedly autobiographical elements into a fictionalized narrative without compromising their inherent truth.

It was my desire to end this class with a little-seen, locally made indie that works miracles on a shoestring budget, and I knew I had found it when I saw Frank V. Ross’s gloriously bittersweet romance. Shot in the Chicago suburbs and deservedly nominated for Best Film Not Playing At a Theater Near You at the Gotham Awards, Ross’s film explores the fractured bond between a young married couple (played by Ross and Rebecca Spence) whose conflicting work schedules have caused them to drift apart. There’s such poetic ingenuity in Ross’s framing of the narrative that the less I reveal about it, the more rewarding your experience will be. Let’s just say that cinematographer Mike Gibisser subtly evokes memories of “Blue Valentine” in his lensing of a relationship’s bloom and decay. Spence delivers a breakthrough performance, while Ross proves he’s one of the most underrated filmmakers around. Ross will appear in his frequent collaborator Joe Swanberg’s new film, “Drinking Buddies,” opening on August 23rd, a release date shared by Adam Wingard’s horror comedy, “You’re Next” (starring Swanberg). Further proof that these grassroots talents are influencing the mainstream.

Frank V. Ross scheduled to attend! Check out my podcast interview with him here.

For more info on the Summer Session of Facets Film School or to sign up for a class, click here.