As the summer fades to black, critics are already bracing themselves for the aggressive onslaught of awards campaigns that will be vying for their attention in the coming months. We’ll be told inspirational “comeback” stories about Hollywood stars who finally found the role that saved them from their slump of mediocrity. We’ll hear about backbreaking shoots and severe weight loss regiments and see lots of transformative makeup and prosthetics applied to familiar faces. Some of these performances may indeed be great, while many, many others will be forgotten immediately after the Oscar winners are announced on February 22nd, 2015.

In the meantime, Indie Outlook has compiled a list of ten criminally underrated performances from the past several months that warrant serious consideration amidst all the expensive hype. Here they are in alphabetical order…

Edda Magnason and Kjell Bergqvist in Per Fly’s “Waltz for Monica.” Courtesy of Svensk Filmindustri.

Kjell Bergqvist in “Waltz for Monica”

Who he plays: Bengt, a failed musician whose self-loathing frustration causes him to treat his daughter, iconic Swedish jazz singer, Monica Zetterlund, with contempt until he finally allows himself to acknowledge her genius.

Why he’s underrated: I was lucky enough to catch this enjoyable biopic at Chicago’s European Union Film Festival this past March. The film currently doesn’t have U.S. distribution, but it will hopefully turn up in art houses (or at least on DVD) before too long. Though the opportunistic Monica romances various men, the real love story at the heart of the picture is between father and daughter, and Bergqvist’s climactic phone call is a genuine tear-jerker in the most old-fashioned sense of the word. It’s the sort of deeply poignant, go-for-broke performance that would’ve easily garnered Oscar buzz had it been delivered by De Niro in a Weinstein vehicle. 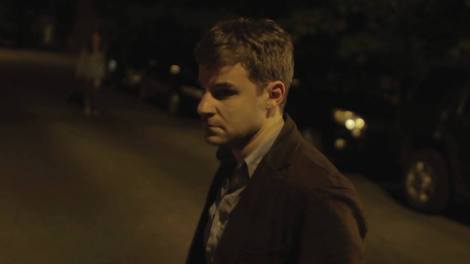 Who he plays: Ned, a cynical loner, faux intellectual and reluctant family man whose infatuation with a younger woman turns into an aggressive sociopathic obsession once she shows no interest in him.

Why he’s underrated: Film critic Ignatiy Vishnevetsky’s 42-minute directorial debut has earned acclaim at festivals, though its running time makes it tricky to program, let alone screen. Yet it’s as substantial and complex as any feature-length release this year, and Cone’s chilling work is flat-out mesmerizing. It’s a major departure from his sensitive portrayal of the closeted musical director in his own masterwork, “The Wise Kids.” “As I was writing Ned, I realized that he’s really a d—k, and if someone plays him who comes off as a d—k, he’ll just be one-note,” Vishnevetsky told me in an interview. “I had to cast someone who I thought was naturally likable. Stephen can be that onscreen, and he is that in real life.” 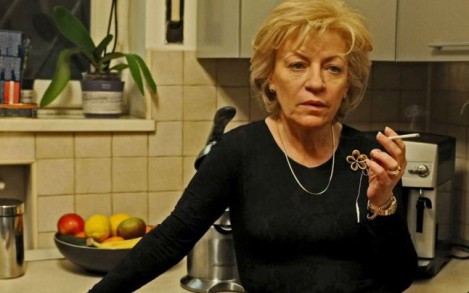 Who she plays: Cornelia, a wealthy Romanian woman and tirelessly manipulative mother whose twisted devotion to her adult son fuels her desire to keep him out of prison after he hits and kills a 14-year-old boy with his car.

Why she’s underrated: The final act of this profoundly tense drama is as shattering as it is cathartic, and much of its impact should be credited to Gheorghiu, who neither sentimentalizes nor demonizes her richly textured character. A shame that the film was Romania’s official submission for last year’s Academy Awards, despite the fact that it hadn’t had a theatrical run in the U.S. until this past February. I discovered the film on DVD and was stunned by the scene where Cornelia confronts the parents of the dead boy and pleads forgiveness. Suddenly all the scheming and corruption evaporates from memory as we observe the tragic sight of a woman fighting for the life of her guilty child.

Chloë Grace Moretz and Stacy Keach in R.J. Cutler’s “If I Stay.” Courtesy of Warner Bros.

Stacy Keach in “If I Stay”

Who he plays: “Gramps,” an old man doubled over with despair after losing his son in a tragic car accident, who clings to the hope that his granddaughter—currently in a coma—will somehow survive.

Why he’s underrated: Sure, the film debuted in the number 3 slot of the box office, thanks to its popular source material, though it has been largely trashed by critics claiming that the YA adaptation is inferior to “The Fault in Our Stars” (I disagree 100%). If anything, this film makes much better use of its ensemble, as witnessed in the startlingly touching scene where Keach talks to his comatose granddaughter (Chloë Grace Moretz) in her hospital room. Moretz (who also appears as her character’s ever-present spirit) is visibly moved by his performance during the scene, and in my interview with her, she told me that both of their coverage was shot at the same time. “What you see in the film is literally my reaction to Stacy Keach’s performance,” Moretz said. “It was so sad. He did such an amazing job.” It’s a superb showcase for the veteran actor, coming off the heels of his frightening, deliciously nasty turn in Alexander Payne’s “Nebraska.”

Eleanore Pienta in Drew Tobia’s “See You Next Tuesday.” Courtesy of NoBudge.

Eleanore Pienta in “See You Next Tuesday”

Who she plays: Mona, a pregnant, poverty-stricken young woman on the verge of a nervous breakdown, who desperately seeks help from her alcoholic mother and estranged sister before her water breaks.

Why she’s underrated: Can’t thank Kentucker Audley enough for his championing of “true indies” at NoBudge.com, a site devoted to screening many of the latest must-see titles of modern underground cinema. This fiercely funny, viscerally combustible portrait of a desperate family on the fringes of society left me absolutely galvanized when I streamed it on Audley’s site. The volcanic rage that erupts from Pienta as she finally fights back against the injustice of her bullying co-workers, indifferent boss and smug customers at her miserable grocery store job will resonate with every financially strapped member of my twentysomething generation. This woman is as exhilaratingly fearless as Gena Rowlands. 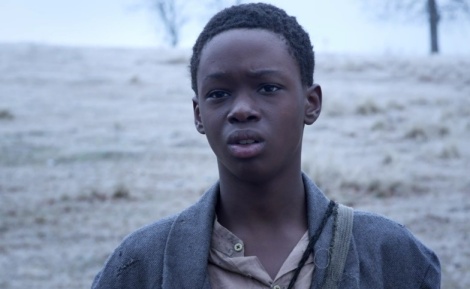 Ashton Sanders in “The Retrieval”

Who he plays: Will, a 13-year-old boy who’s recruited by a racist southerner in the last days of the Civil War to hunt escaped slaves in the North, and ends up finding an unlikely father figure in one of his assigned targets.

Why he’s underrated: After “12 Years a Slave” deservedly claimed the top prize at last year’s Academy Awards ceremony, this gripping historical drama should’ve found a bigger audience. Since debuting at the 2013 SXSW festival, the film has popped up at various venues and festivals. Sanders, currently a student at DePaul University, anchors the entire film with his expressive face and thoroughly authentic vulnerability as his character struggles with conflicting emotions and a daunting moral dilemma. “I would get up every day and go to set without combing my hair or brushing my teeth,” Sanders told me in my first interview for RogerEbert.com. “There was no makeup either. I wanted to feel like Will […] It was a very spiritual experience, looking back on it now.” 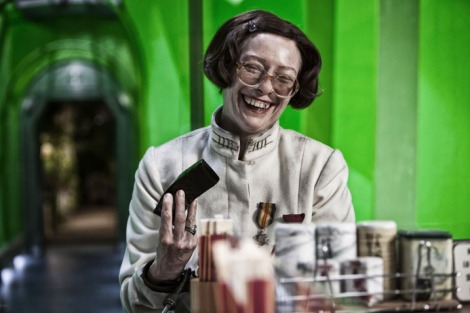 Who she plays: Mason, the androgynous, fearsome yet kooky minister ordered to prevent chaos from engulfing the warring social classes onboard a luxury train that houses the last surviving humans of a new ice age.

Why she’s underrated: Perhaps only Swinton could effortlessly inhabit a role originally written for a man in Bong Joon-ho’s beloved yet still under-seen marvel and manage to simultaneously channel Carol Burnett, Gollum and Richard Roxburgh’s rodent-like Duke in “Moulin Rouge!” She’s so much fun that I kept rooting for her character to survive (alas, life is cheap in Joon-ho’s post-apocalyptic nightmare) if only to prolong the merriment. No list of this year’s Best Supporting Actress contenders is complete without the endlessly inventive Swinton, one of the most adventurous artists ever to appear in motion pictures. She’s fabulous in everything she does, but rarely has she been this funny. 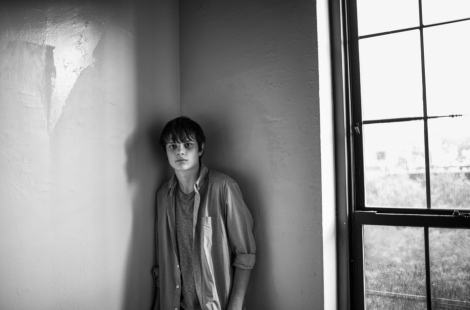 Charlie Tahan in “Love Is Strange”

Who he plays: Joey, a teen with a volatile temper who resents that he has to share a bunk bed with his uncle, Ben, an elderly painter who loses his NYC apartment soon after marrying his husband and longtime lover, George.

Why he’s underrated: If you had told me a few years ago that the bratty little brother in “Charlie St. Cloud” would grow up to be one of the most promising actors of his generation, I would’ve let out a dry, Wiseau-esque guffaw (ha huh heh). Well, consider me corrected. In Ira Sachs’ sublime slice of life, Tahan must go toe-to-toe with the likes of John Lithgow, Alfred Molina and Marisa Tomei, and he is more than up to the challenge, conveying Joey’s sharp intellect and hormonal angst with remarkable nuance. Sachs even allows the film’s crucial, final moments to rest on Tahan’s shoulders, and the results are wondrous. “I think that kid is a genius, I really do,” Sachs told me in our recent chat. “I couldn’t help thinking of DiCaprio in ‘Gilbert Grape,’ in the sense that you see this raw emotion and talent and craft without any kind of mediation […] He is right on the verge of becoming a man and it’s so present.”

Who she plays: Mrs. H, a mother so overwhelmed with fury when her husband leaves her for a younger woman that she drags her kids to the temptress’s apartment and asks if she can inspect the “whoring bed.”

Why she’s underrated: Talk about a scene-stealer. Thurman only makes a single appearance in Von Trier’s six-hour epic, released in two heavily cut volumes in the U.S., and it just might be the best scene of her entire career. Lacerating in both its vicious sarcasm and naked anguish, Thurman brings the film to a halt, embodying the outrage of a woman whose entire life has been heartlessly upheaved. Rather than sulk into oblivion, she bulldozes her way into the hornet’s nest, albeit with astonishing irrationality, moving her children around like performance art props in order to smother her ex in shame laced with arsenic. Equal parts uproarious and agonizing, this scene left my jaw on the floor. She gets my vote.

Who she plays: Anna, a Polish orphan brought up in a convent, whose innocent, tranquil existence is obliterated when she discovers the tragic fate of her Jewish parents, thus causing her to have an identity crisis.

Why she’s underrated: One of the biggest missteps of the Academy is its tendency to award acting that screams “look at me!” in preferably un-photogenic extreme close-up. Rarely are the performers awarded who make acting look as natural as breathing. Consider Trzebuchowska, a young woman who has never been in a film prior to Pawel Pawlikowski’s glorious masterpiece. Her character is a meek introvert and is not one of grand gestures. Anna’s evolution is gradual and largely internal, and Trzebuchowska portrays each step of it with such unmannered grace and vivid insight that it never hits a single false note. When a tradition that she has long participated in suddenly strikes her as amusing, the soft chuckle Trzebuchowska elicits is tantamount to an earthquake. Now that is movie magic.