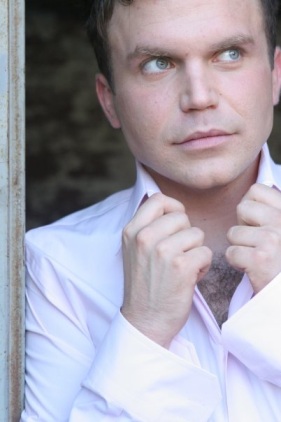 Danny Rhodes has long been one of my favorite actors in the Windy City. He has such a spectacular gift for comic timing that he can bring down the house with a single, impeccably uttered line, as he did in Nathan Adloff’s wonderful charmer, “Nate & Margaret.” Yet Rhodes has also recently proven to have a flair for behind-the-camera work as well. His supremely eerie short film, “He Ain’t Heavy,” garnered the attention of producers Teresa Schaeffer and Emily Vajda, who were seeking a director for their upcoming feature. Their film, “Released,” will mark the directorial debut of Rhodes, and promises to deliver an assortment of supernatural thrills. In this podcast, Rhodes chats about past roles, his passion for the horror genre and the indie filmmakers who have inspired him.

The program was produced at Columbia College Chicago. Technical producers were Steve Ahlman and Rebecca Nystedt. An Indie Outlook production.

Below, you can check out the teaser for “He Aint Heavy,” as well as the pitch video for Rhodes and Adloff’s very funny web series, “Bad Sides”…

He Ain’t Heavy Teaser from Brian Levin on Vimeo.